Once upon a time when you visited a foreign country you kept in touch with friends and family back home with postcards and sporadic (and expensive) phone calls. Not so anymore, mobile phone plans (the majority of which are pay-as-you go and not bound by contract) in Italy are incredibly affordable. There’s a lot of competition on the market so things keep getting better and better for us consumers.

First things first, make sure your mobile phone is “unlocked” (you’ll want to check this before you leave your home country). An unlocked phone means that you can slide in a SIM card from any wireless carrier to start making calls, surf the Internet, etc. In contrast, a locked phone is only for a specific carrier and will not recognize other SIM cards.

If your phone is unlocked, when you get to Italy find your way to an authorized mobile phone carrier store.

There are lots of them to choose from: TIM, Wind, Vodafone, 3, Fastweb, etc. IMPORTANT: You’ll need to take your passport with you as the SIM card will be registered to your name. Be sure to pick a plan that is pay-as-you go (not a monthly contract).

You will be assigned an Italian phone number (FYI, the country code for Italy is +39, see more details about that at the bottom of this post) and your SIM card should be activated and ready for use within a matter of minutes (but I recommend double checking with the vendor about estimated activation times).

IMPORTANT: Ask them to “bloccare i servizi a pagamento” to block potential account draining spammy subscriptions. 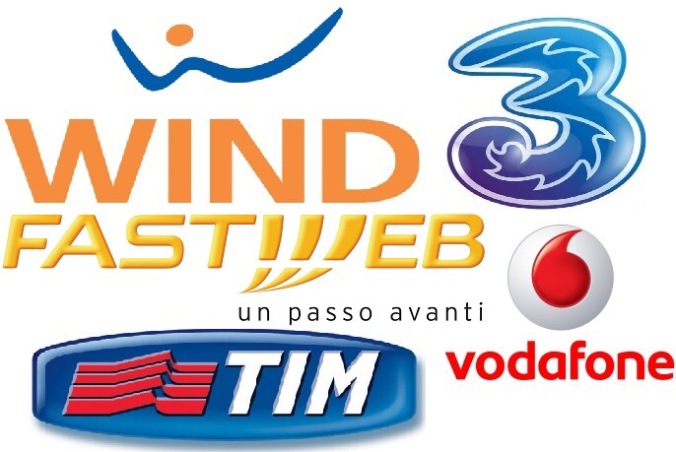 Of all the different mobile providers, I personally recommend TIM (which is the mobile branch of Telecom Italia) as they seem to have the best coverage, especially in the Cinque Terre. The carrier “3” oftentimes has some amazing offers but beware, their reception is poor outside of major cities (and practically nonexistent in the Cinque Terre).

Just to give you an idea of pricing, last month I picked up a SIM card from a TIM store for a friend who was visiting. I paid €10 for the SIM card and €10 for one month of a plan that included 10 giga of data and 1000 minutes to call Italian mobile numbers or landlines.  Isn’t that amazing?!?  So, €20 total and she was set for an entire month.  And most importantly there was no contract (as it was pay-as-you-go). TIP: In Italy, you are not charged for incoming calls.  Only outgoing calls will count against your monthly allowance of minutes.  Woot woot!

What happens after that month is up? If my friend would have stayed on longer, she could have re-upped her phone (which you can do in most any tobacco shop as well as online or at many ATM machines) and added €10 credit to extend her plan for another month. This cycle can be continued indefinitely.

What happens when you’re ready to leave Europe and no longer need your SIM? Since the SIM is registered to your name and with your passport details, I don’t recommend passing it on to anyone else. Unless you plan to return to Europe anytime soon I would simply cut the SIM in half and throw it away once you get home.

Here’s another BIG bonus:  In July of this year a law was passed making it illegal for EU mobile phone carriers to charge roaming fees from one EU country to another. That means you can now travel to *any* EU country and use your Italian SIM card as if you were still in Italy!

Before you take the SIM card from your home country out of your phone, be sure to let your friends and family back home know that your usual mobile number will not be working while you’re using the Italian SIM card.  You can either give friends and family your new Italian number and/or you can tell them to contact you via Internet apps (like Facebook Messenger).

If someone is trying to call you from outside of Italy and they are using a mobile phone, it’s easy.  They will just need to touch and hold the 0 on their screen until it turns into a plus (+) symbol. After that they’ll just need to enter in the remainder of your phone number.

If someone is trying to call you from a landline outside of Italy but within the EU, they will need to dial 00 (the international access code) then 39 (Italy’s country code) and then the remainder of your Italian phone number.

If someone is trying to call you from a landline in North America, they will need to dial 011 (which is the international access code) then 39 (Italy’s country code) and then the remainder of your Italian phone number.  For all other countries, check for the international access codes in the phone book or online (although the country codes will always remain the same no matter where you are calling from).

Wanting to call other countries on your mobile phone while you’re here in Italy?  I actually don’t recommend making international calls with your mobile phone unless you’re in a pinch (as the rates can be pretty pricey and more likely than not they will NOT be included in your monthly plan).  You’re definitely better off using your data and a VoIP app (like Skype, FaceTime or Facebook Messenger).

If you do decide to make an international call with your mobile phone, you’ll need to use the plus symbol (press and hold the 0 button until it turns to a + symbol) and then add the country code followed by the phone number.  Here’s a list of commonly used country codes:

*After +1 proceed directly with the area code (you don’t need to add an extra 1) and the remainder of the phone number.

For a complete list of country codes, check out this site.

2 thoughts on “Travel Tip: How to pick up a SIM card for your phone in Italy ”