Spring 2021.  That’s the projected reopening date for the Via dell’Amore, the beloved and world-famous Lovers’ Lane connecting the Cinque Terre villages of Riomaggiore and Manarola.  The path has been closed to the public since September of 2012 when a rock slide overtook a portion of the path and injured three Australian tourists.  Since then, only a very small portion (circa 200 meters) of the path reopened in 2015. 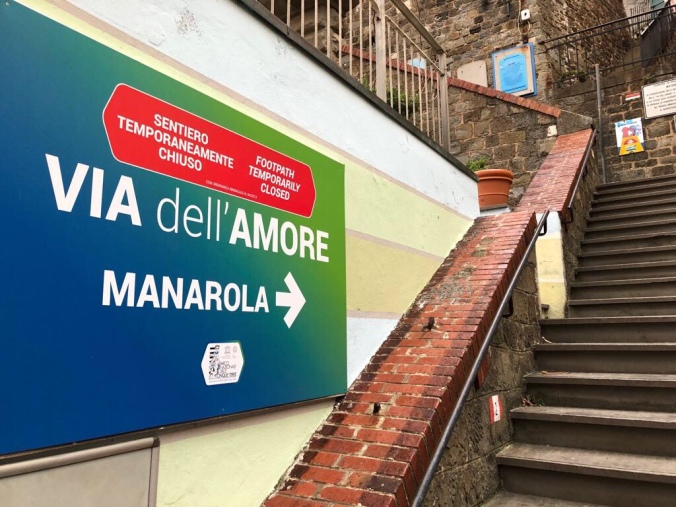 It has taken over five years to simply procure the €12 million needed to complete the Via dell’Amore project.  FIVE YEARS.  Just to put things in perspective, with an estimated 2 to 3 million visitors per year to the Cinque Terre and with a ticket price of €5 per person (which was the last price that was charged before the Via dell’Amore was closed, although the current rate is actually €7.50 for the hiking pass), the path could finance its own reopening in one year.  And let’s not even mention the potential mancato guadagno (loss of earnings) in nine years of closure as the figures are staggering.  There really is no excuse for such an extended closure and the situation has been under close scrutiny by the international community.  Had the public sector been unable to finance the project in a timely manner, private investors should have been allowed to enter the scene to finance the project and get the ball rolling.

Where’s the money coming from for the Via dell’Amore project?

+ €3 million from the Ministero dell’Ambiente (Ministry of the Environment)

= €12 million needed to complete the project & reopen the path

In 2021 elections will be held.  Is it a coincidence that the Via dell’Amore is expected to reopen that year?  Probably not.  Let’s just hope that it’s incentive enough to finally get the path back open. 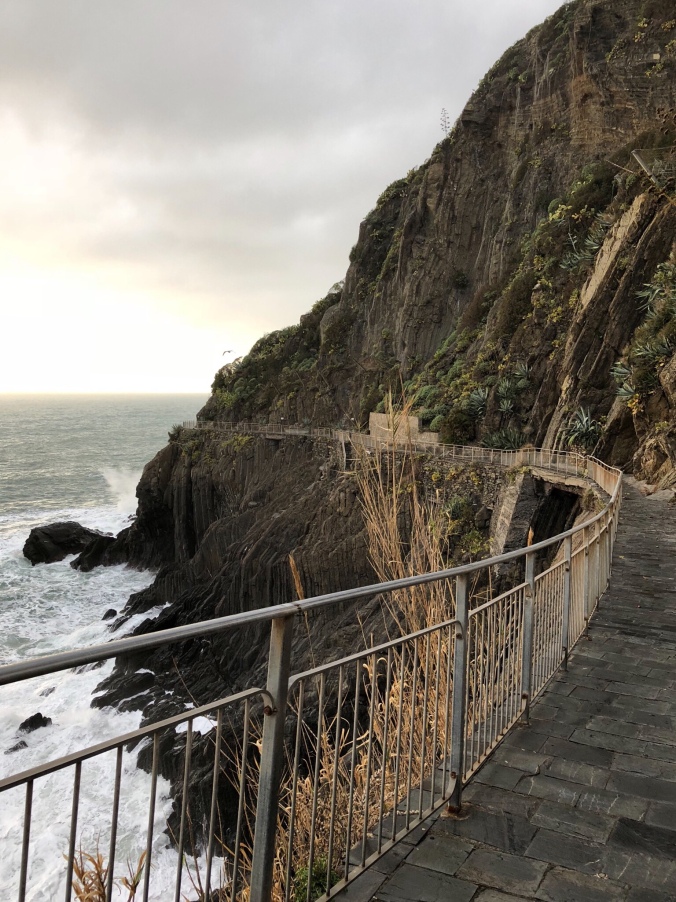 More details on the Via dell’Amore can be found in my previous posts here:

What’s going on with the Via dell’Amore?

The underwhelming partial reopening of the Via dell’Amore 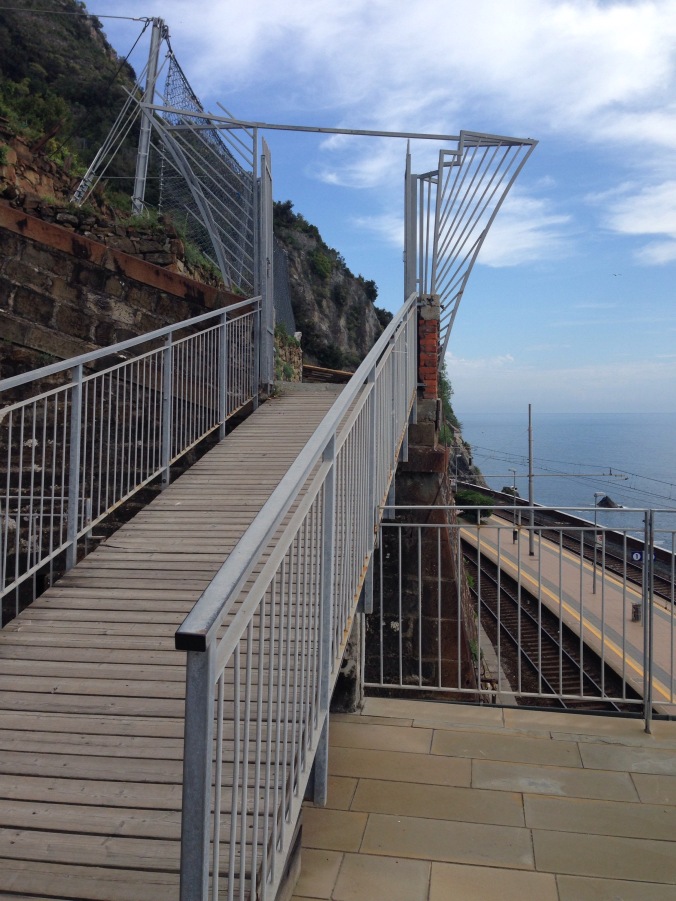 In early April, 2015, a small inauguration party was held with local politicians and Italian railway representatives for the reopening of circa 200 meters of the Via dell’Amore (Lovers’ Lane). 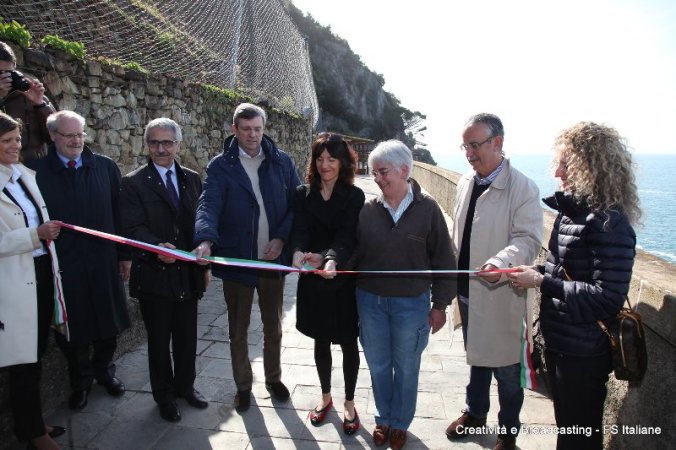 This tract, considered the first of seven phases of the Via dell’Amore project, includes the beginning of the path from the train station in Manarola to the Bar Via dell’Amore (which is currently closed). For more details on the Via dell’Amore, its history and the current works in progress, check out my previous post here. 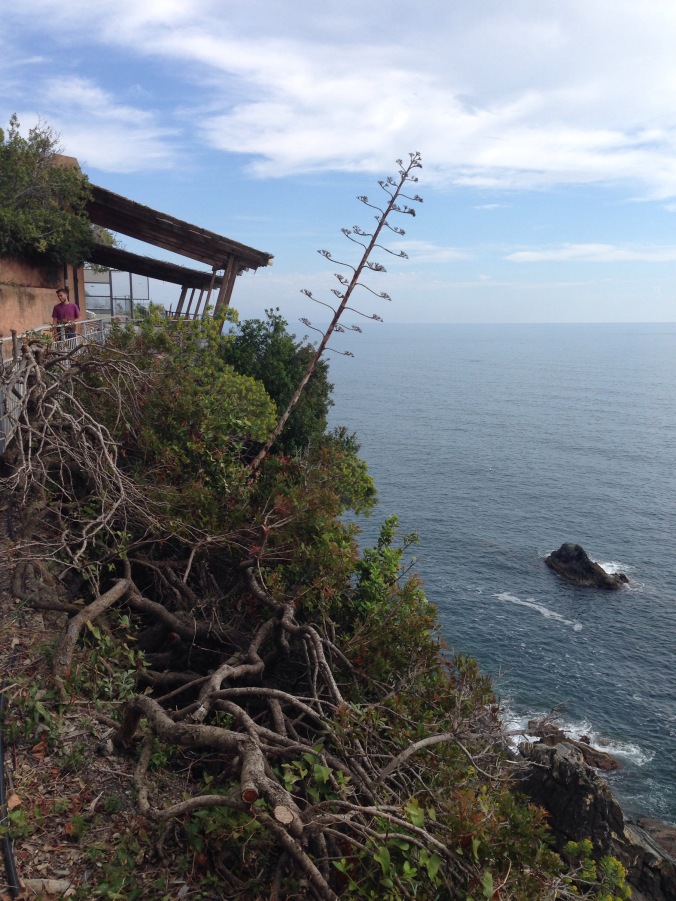 As it currently stands, the remainder of the path (from just after the Bar Via dell’Amore to Riomaggiore) is closed while works continue to contain slides and improve safety measures. Statements from the Regione di Liguria  pledge continued funding of 1.5 million euro towards the project with promises of reopening another portion of the path before the end of 2015. 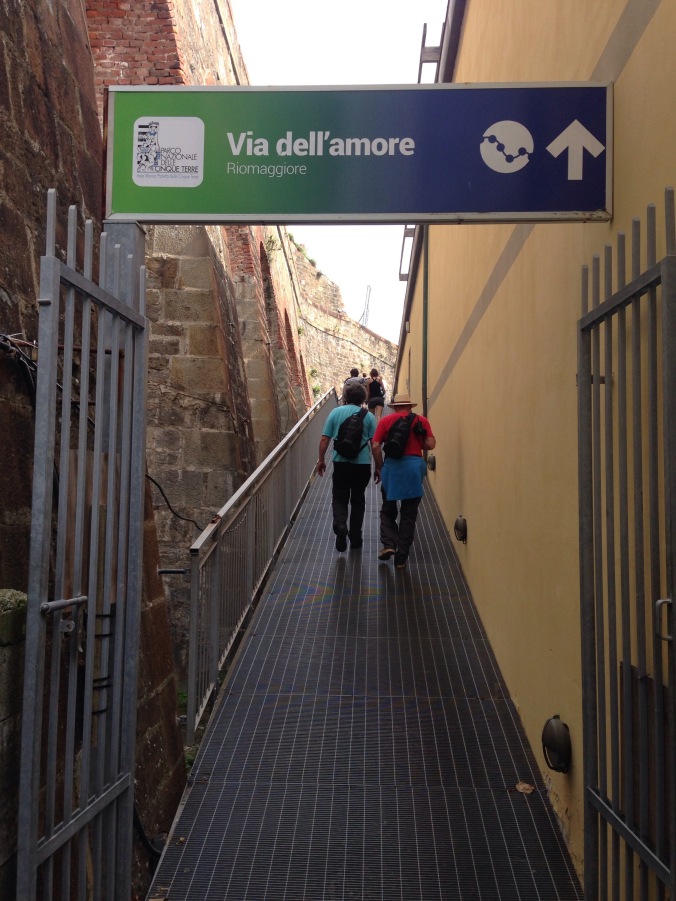 I took a little outing to Manarola to check out the reopened portion of the Via dell’Amore myself.  I was disappointed (but not surprised) to find that signage at the Manarola train station was lacking regarding the current status of the path.   I found myself walking with numerous visitors who were clueless that only a very small portion of the Via dell’Amore is open.  Granted, had they inquired at the Tourist Info points they would have received accurate status details but a strategically placed sign or two would save everyone a lot of time and confusion. 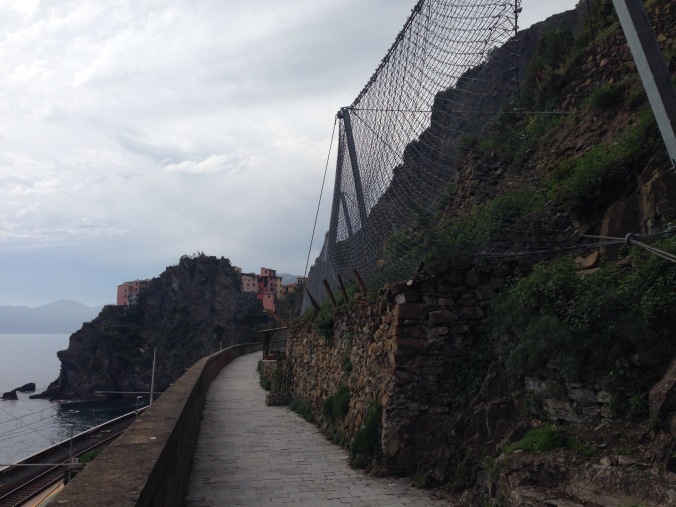 The extensive work that has been done to secure the first 200 meters of the path is evident. But the Via dell’Amore, as it currently stands, is anticlimactic.  It’s important to remember that this is a massive project and this is just the first of many steps towards the ultimate goal of a complete reopening of the Via dell’Amore. 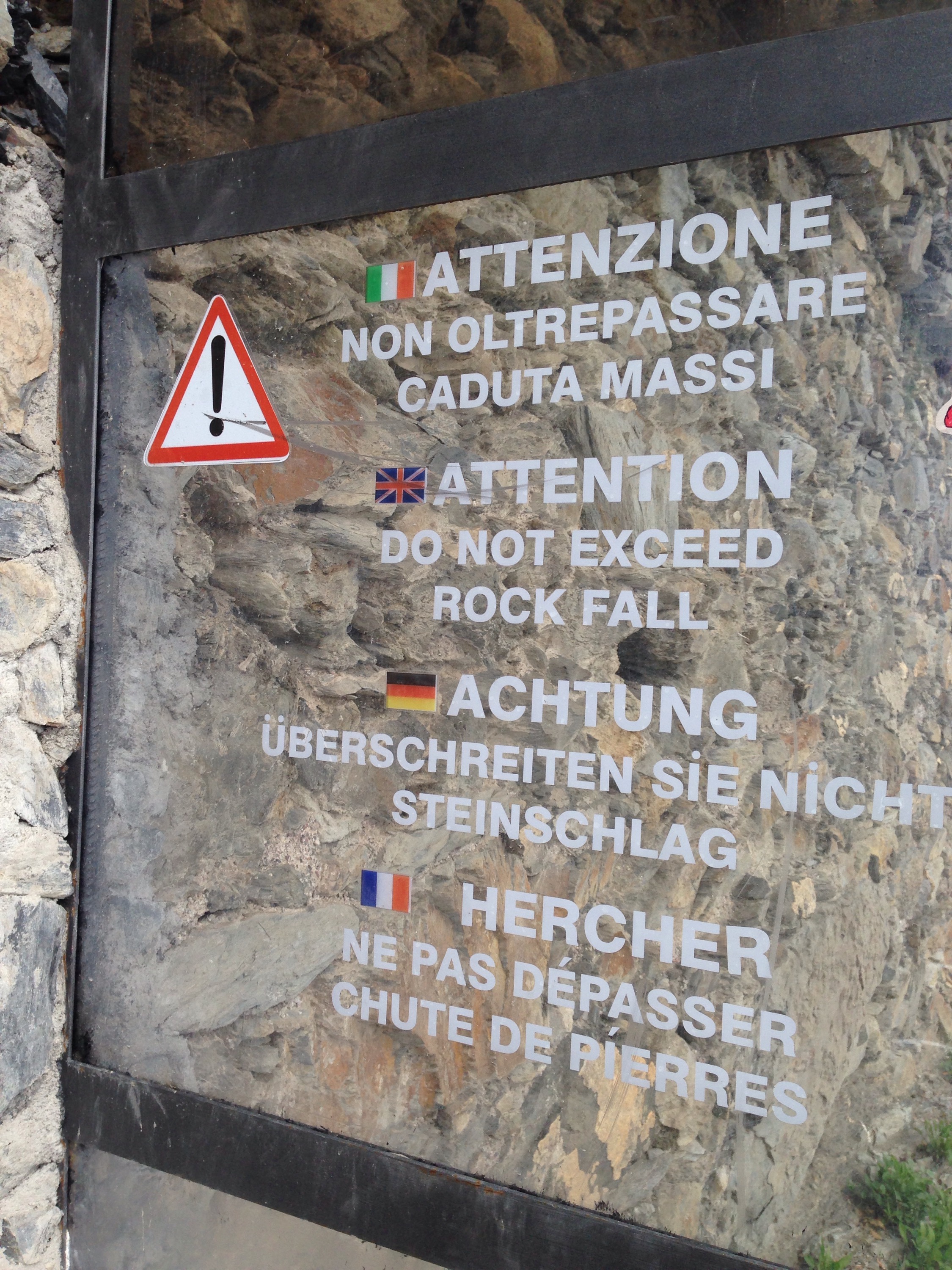 I couldn’t help but cringe when I read the English translation. I’d happily offer my translation services for free! 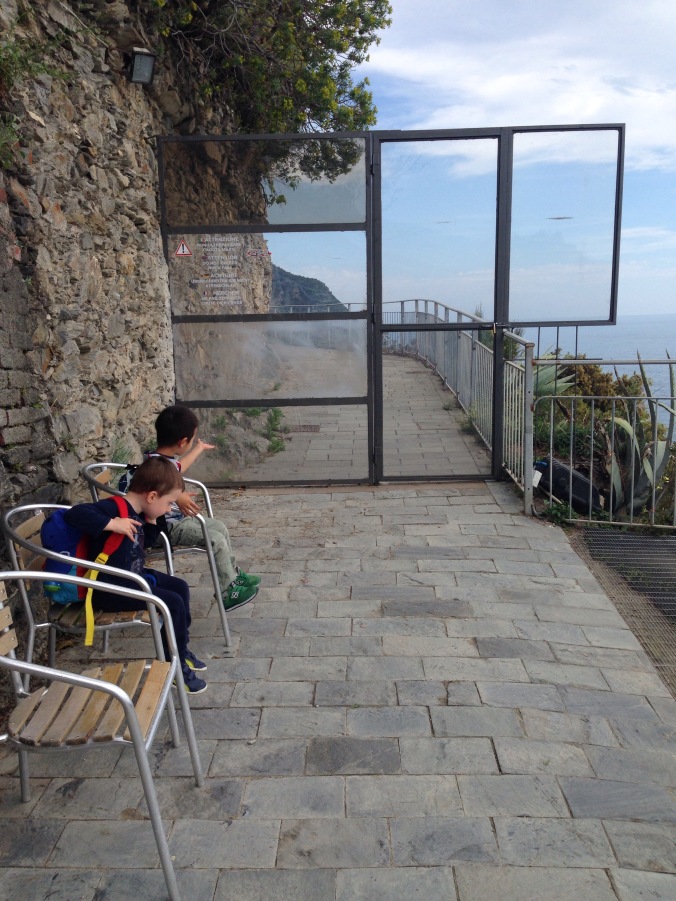 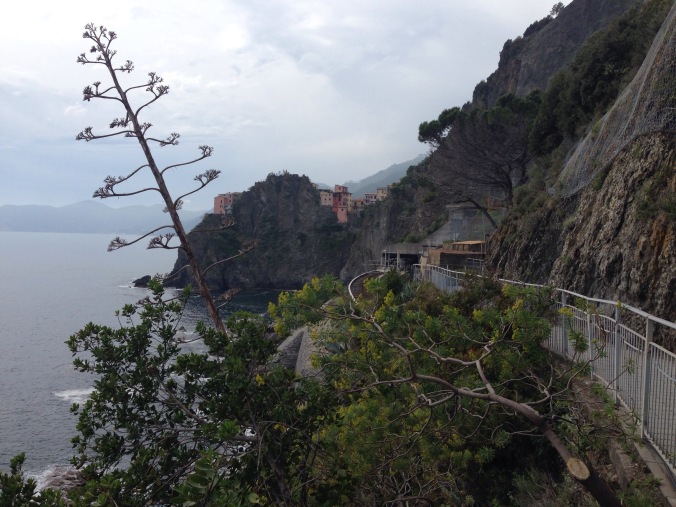 At the moment, my advice is to skip the Via dell’Amore.  In the meantime, you can take a lovely stroll in Manarola out to Punta Bonfiglio. Or, if you’re in Riomaggiore you can take a panoramic walk around the village on via Signorini, which starts at the Riomaggiore train station.

If you’d like to see the behind the scenes work that took place to reopen these first 200 meters of the Via dell’Amore, check this out.